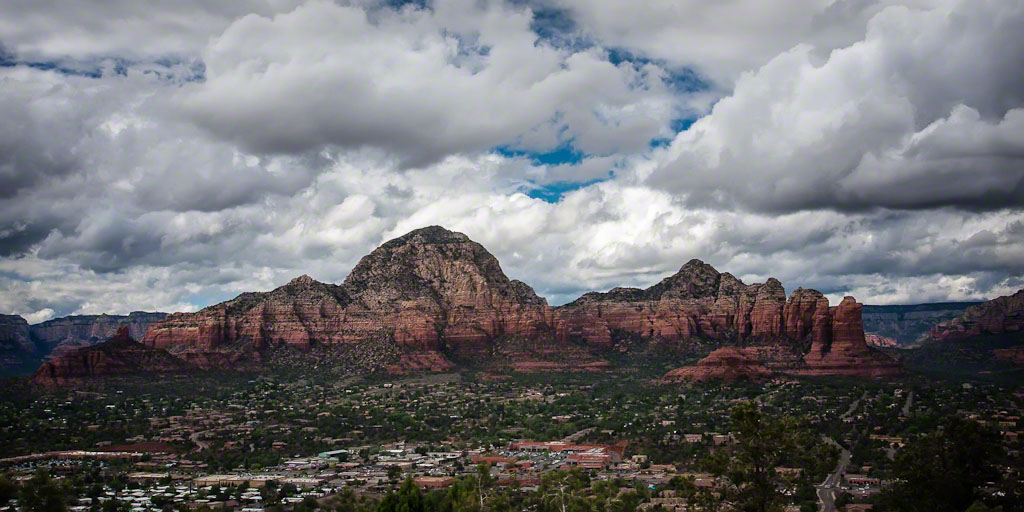 From the mesa you see Chimney Rock, Capital Dome and Coffee Pot Rock.

To get the full impact of this image,  click on it to enlarge it!

Two weeks ago we were traveling in Arizona. One of our favorite places, and our home for five years, is Sedona. In this image, you see the magical red rock formations that we never took for granted while living there. This is a view from atop Airport Mesa with West Sedona nestled beneath the rock formations. It was a beautifully cloudy day and we did get rained on while up there. But the view was magnificent and the clouds added so much to the image. Timing, luck and patience are the good friends of photographers.

7 Comments on “Sedona From Airport Mesa”