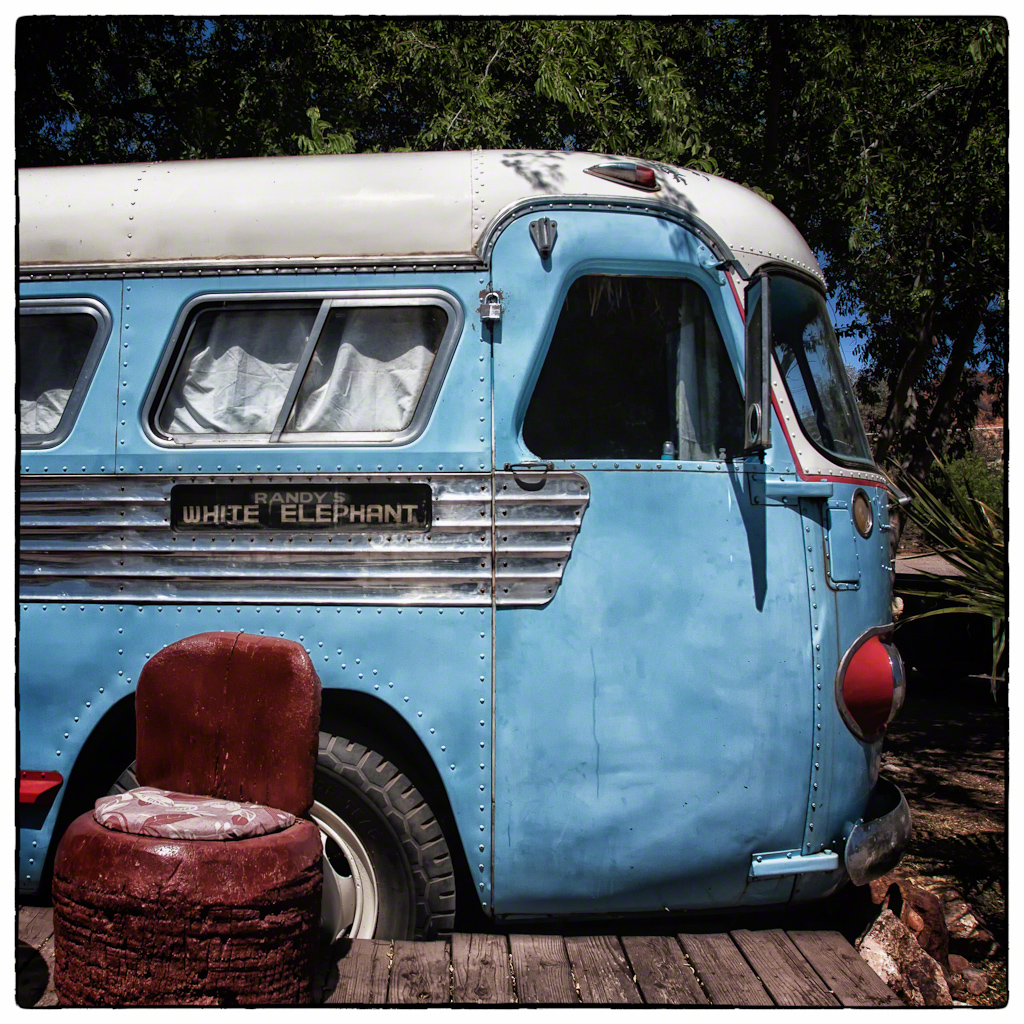 An old bus used as a motel room at The Shady Dell Trailer Park in Bisbee, AZ

This old bus sits as a motel room at the Shady Dell Motel in Bisbee Arizona. When Cathleen and I spotted it there with the name “Randy’s White Elephant” painted on its side, we both got the idea that I shoot this photo and post it for our good friend “Ranger Randy”. We thought he’d like it. Randy writes a blog entitled “Ranger Randy… Reflections From an Amateur Naturalist”. His recent post is entitled “Queenmakers.” If you’re interested in bees and bee behavior, check it out at this link.