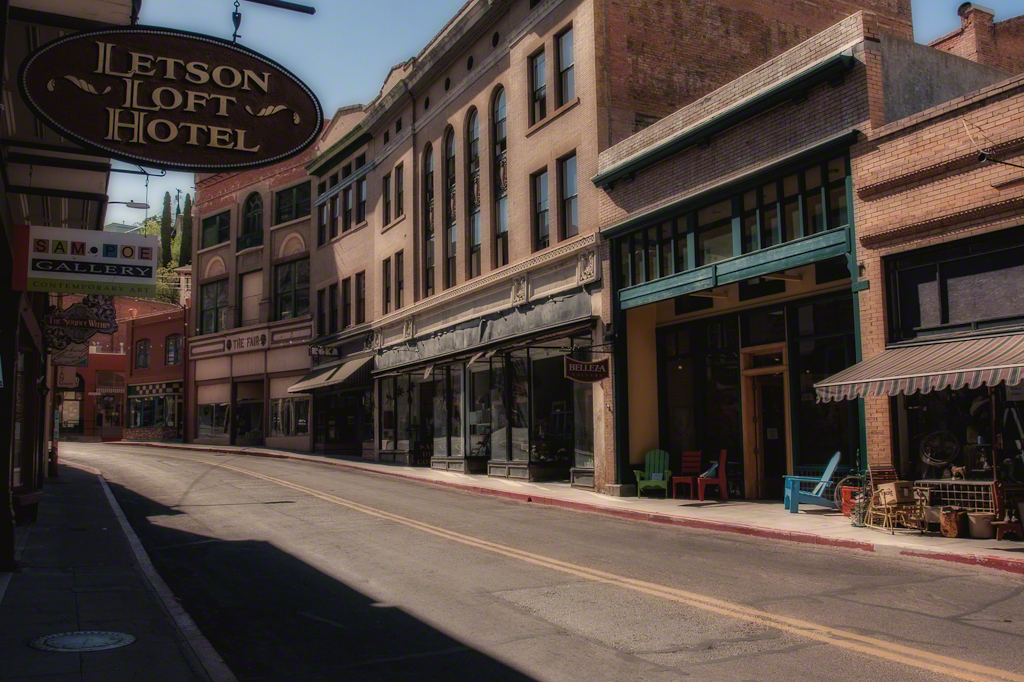 (To get the full impact of this image, click on it to enlarge it!)

“Bisbee, 90 miles southeast of Tucson, is the picturesque county seat of historic Cochise County. The community was founded in 1880 and named after Judge DeWitt Bisbee, a financial backer of the Copper Queen Mine. This Old West mining camp proved to be one of the richest mineral sites in the world, producing nearly three million ounces of gold and more than eight billion pounds of copper, not to mention the silver, lead and zinc that came from these rich Mule Mountains.”
“In 1908 a fire ravaged most of Bisbee’s commercial district along Main Street, leaving nothing but a pile of ashes. Reconstruction began immediately and by 1910 most of the district had been rebuilt and remains completely intact today. Activities began to slow as the mines played out and the population began to shrink; mining operations on a large scale became unprofitable in 1975.”  Source: Bisbee Chamber of Commerce

“Main Street” is still the main street in Bisbee and now has many shops selling antiques, artist creations, clothing and honey from Mexican Killer Bees sold out of a little hole in the wall shop.