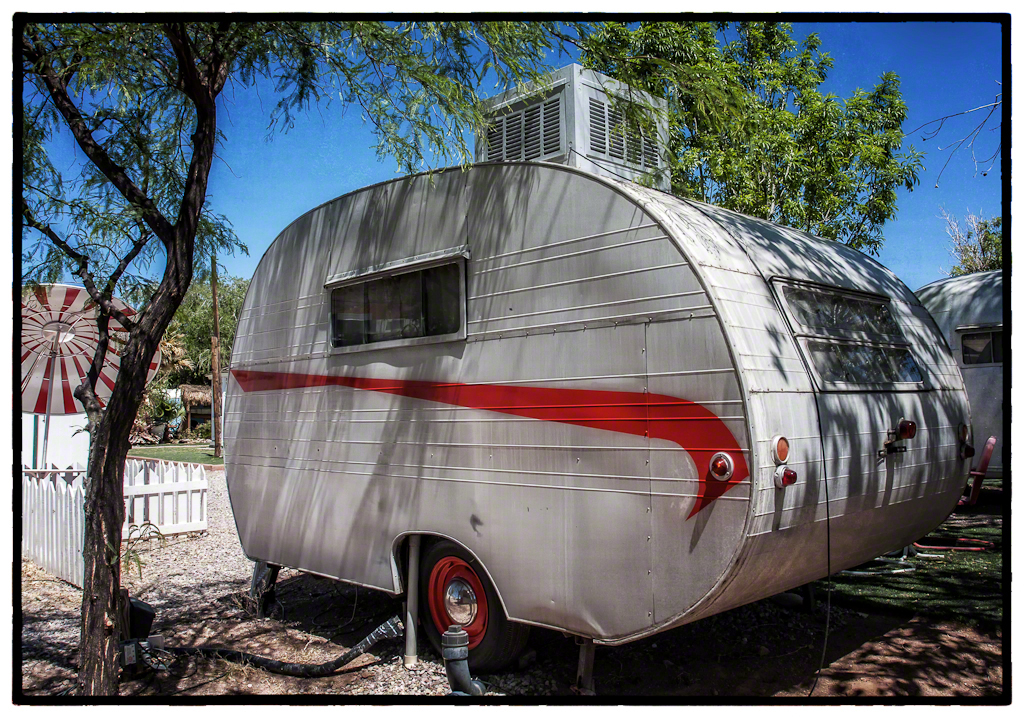 An old Airstream Trailer – A room at the Shady Dell Motel

Here is a great example of the “rooms” at the Shady Dell Motel in Bisbee, AZ. It’s a small travel trailer that was very common in the 1950’s and 1960’s. At the Shady Dell, it’s one of several of this size, with other, much larger ones available to stay in.

2 Comments on “Airstream With The Red Stripe”