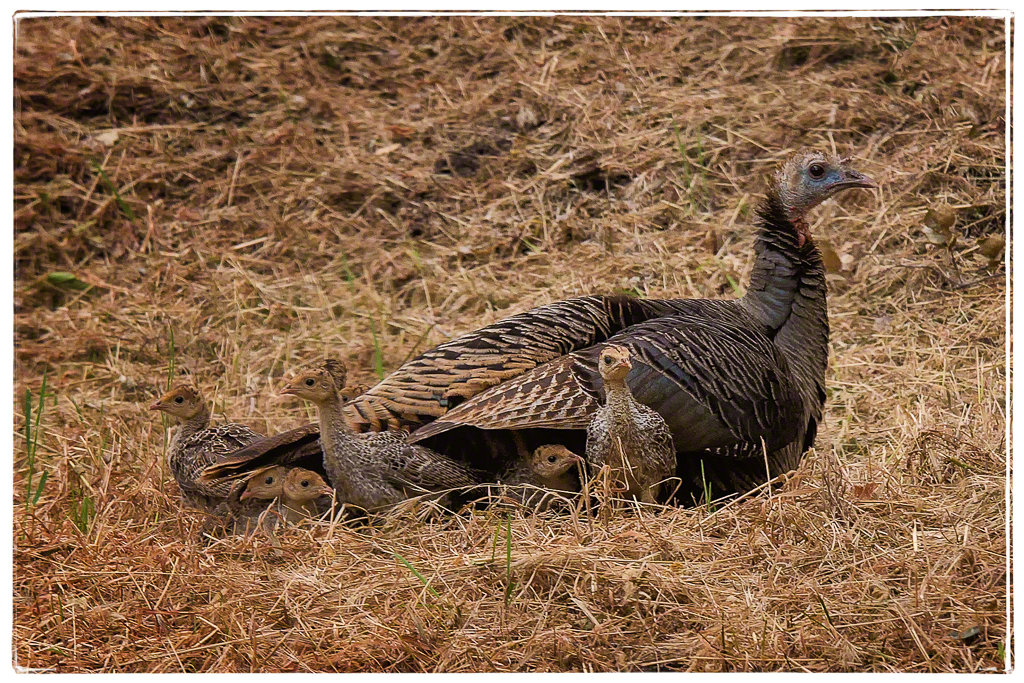 Wild turkey mother and her poults.

We have several families of Wild Turkeys living at Carmel Valley Ranch where we live. We see them often on the hillside behind our home. They’ve recently had babies, “Poults” and this family was behind the house the other day. Until the Poults can fly, they hide under the mother for protection. In this shot, these Poults were just emerging from beneath their mother. A short time later another 6 to 8 of them also emerged from under the same mother.

14 Comments on “Wild Turkey Mom and Her Poults”