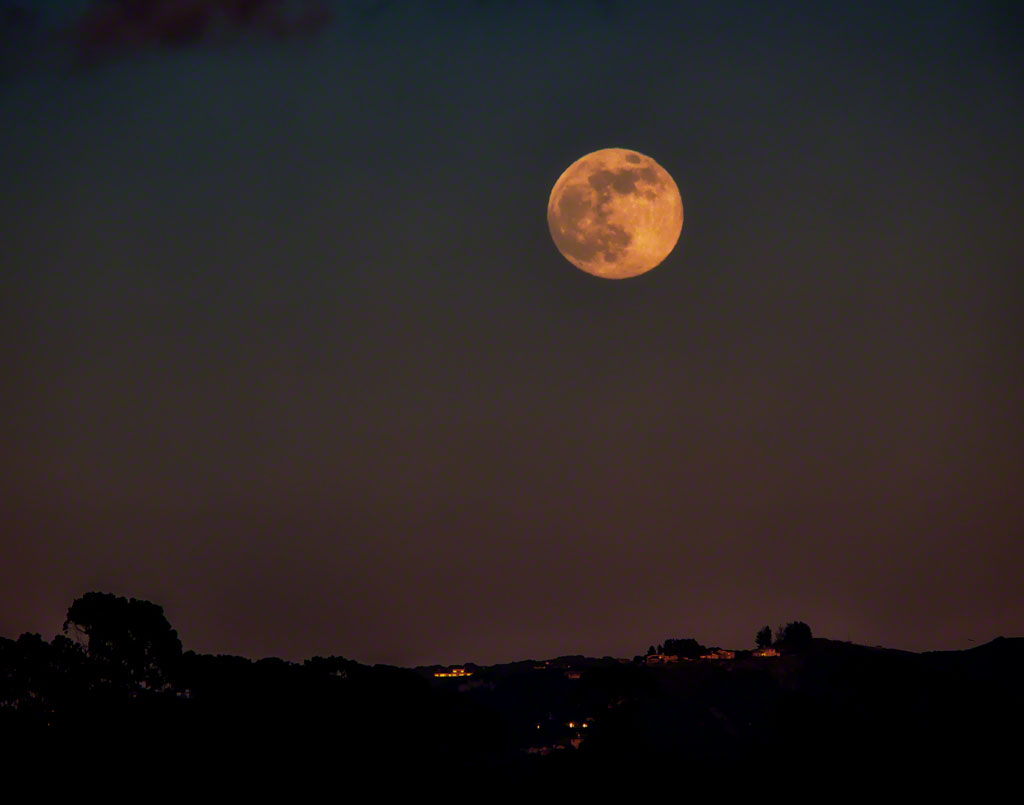 Last night and tonight are a Super Moon. We went to the wharf in Monterey  and I set up my tripod and controlled it with an app on my iPad. The whole set up worked beautifully. My Canon 6D has a built in wireless transmitter and creates its own wireless network with which the iPad connects. It was great and attracted a lot of attention from passersby.

This photo was taken almost exactly at sunset so the sky still had the reddish color reflected from the sunset behind me. Last year I posted some of my images from the Super Moon which you can see here. I still have quite a few images to look at from last night, and work with , so I’m likely to be posting more over the next several days. UPDATE: Here’s a link to the next Super Mood image I posted, “Clouds and the Super Moon“.

A “Super Moon” is a full moon that looks especially large. The moon appears that large because it is as much as 14 percent larger and 30 percent brighter than the other full moons of 2012. This occurs when the moon reaches its closest spot to the Earth at the same time it is in its full phase. The moon takes an elliptical path around the Earth with one side, or perigee, about 31,000 miles closer than the other, or apogee. As such, this is also called a “perigee moon.”

10 Comments on “Super Moon at Sunset”