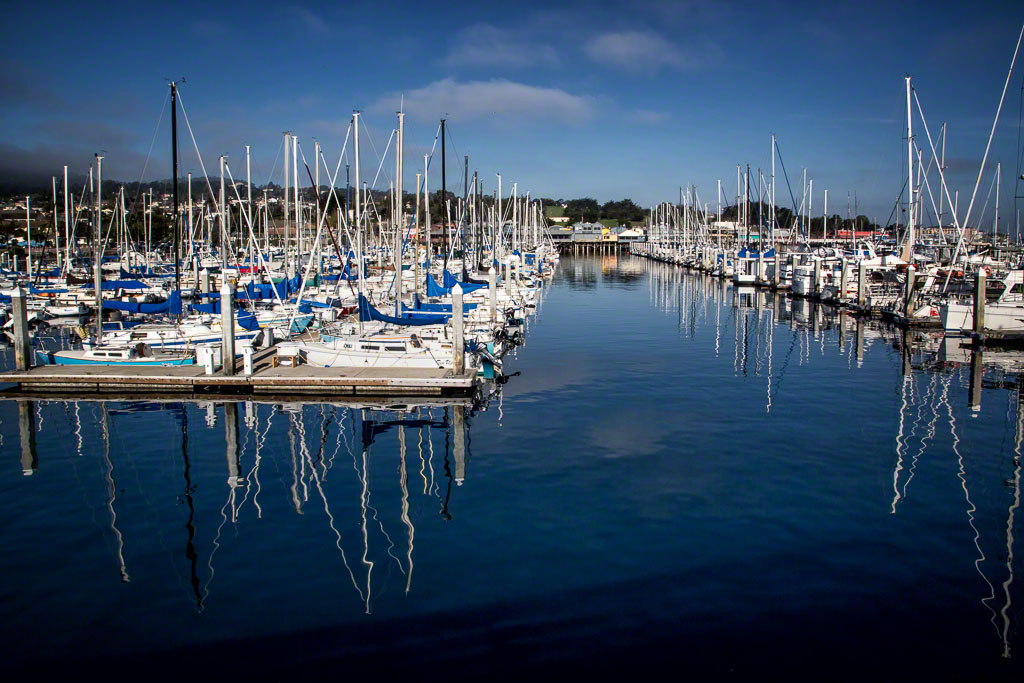 Reflections at the Monterey Fisherman’s Wharf

On Wednesday, I decided to go spend some time photographing the jellyfish at the Monterey Bay Aquarium. I wanted to get there when they first opened so I could work around the fewest number of people. I was about a half an hour early so I drove over to Fisherman’s Wharf to scout out some locations to shoot in the future. I went down the second wharf there, the light was not too harsh yet and I came on this spot where there were some great reflections of the boats’ masts in the water, and I took this shot. I’ll be going back there in the future shoot more, especially at sunset since I was facing south-west.

And, oh yes, there will be some jellyfish images to come over the next few weeks!

8 Comments on “Reflections at the Wharf”