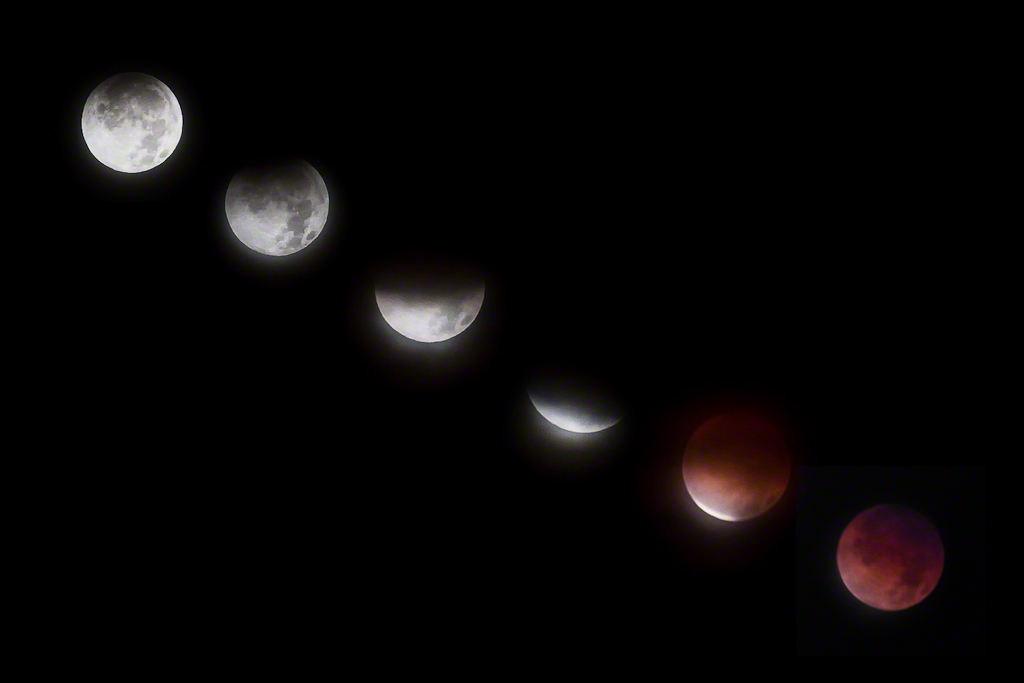 A sequence of images taken over 1 hour and 41 minutes.

This is a series of photos from early Saturday morning during the full lunar eclipse taken in Carmel Valley, California. The first image was taken at 4:39 am PST and the last one at 6:20 am PST (ten minutes before the eclipse was 100%).

Why does the moon sometimes appear red during the full eclipse? During a lunar eclipse, the Earth casts its shadow on the face of the moon. That dark grey shadow moves along the face as if a bite had been taken out of the moon. But, at the full eclipse, the moon can appear red, orange or brown. This is because, during the eclipse, sunlight can filter through the Earth’s atmosphere onto the shadow it has left on the moon. The color can vary depending on the composition of dust or other particles in the Earth’s atmosphere. (reference earthsky.org)