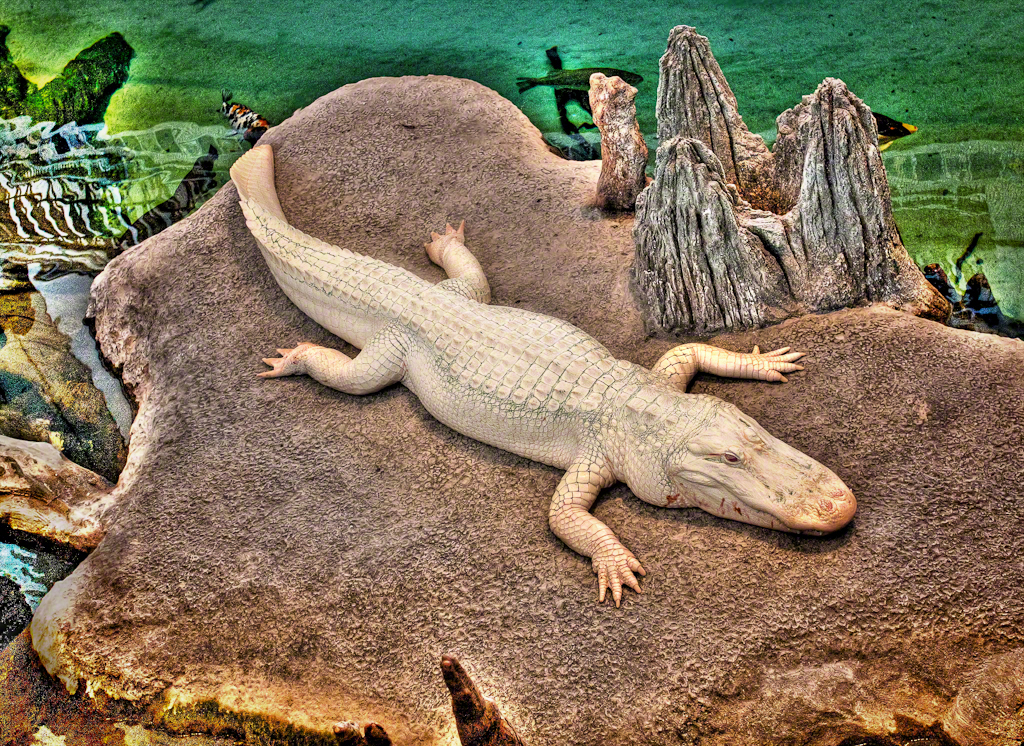 Claude, the Albino Alligator at the California Academy of Sceinces in San Francisco

Claude, the Albino Alligator celebrated his 16th birthday on September 15, 2011. He weighed 2 ounces at birth and now weighs over 180 pounds and measures about 8 feet 5 inches in length. He could live to be 80 years old. He rests on his favorite rock, heated to between 78 and 95 degrees, at the California Academy of Sceinces in San Francisco.