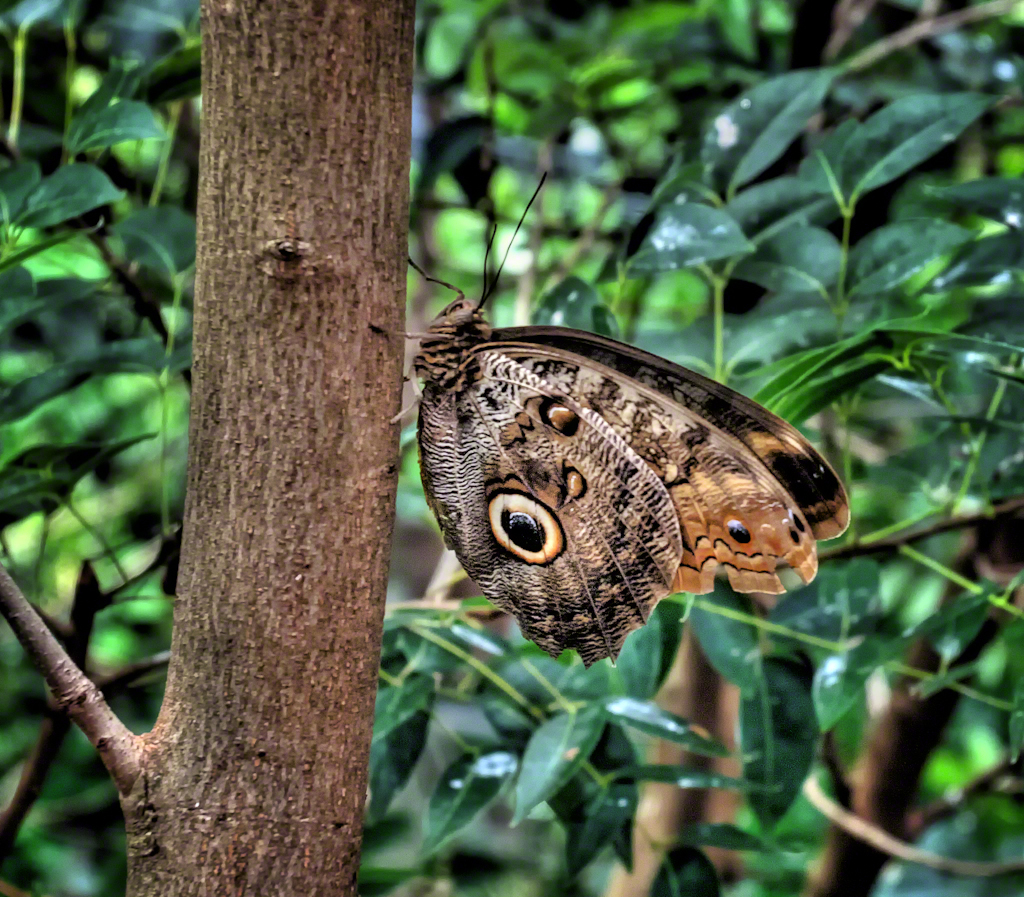 False eyespots on the underside of its wings help confuse predators.

This photograph was taken in the Rain Forest Exhibit that is at the California Academy of Sciences in San Francisco. The large “eyespots” on their wings help them avoid predators by resembling owl’s eyes. They are relatively large (2.6 – 7.9 inches) and only fly short distances at a time. They tend to fly mostly at dusk when fewer avian predators are around.