(To see the most detail in the images, click on them to enlarge them!)

The Hassan II Mosque in Casablanca is the 3rd largest mosque in the world.

Many of the greatest sights in Morocco are in the Moroccan architecture. As a Muslim country, there are many Mosques which can easily be located by their Minaret, a tall slender tower from which the call to prayer originates five times daily.

This minaret is more than 650 feet high. The mosque was constructed between 1987 and 1993 by a team of 35,000 and its foundation sits partly on land and partly in the sea.

The Hassan II Mosque is one of the largest in the world and covers almost a million square feet. Its very large main prayer hall can hold 25,000 worshipers. It’s an exceptional representation of Moroccon artistry for its details. It was located in Casablanca primarily so that the largest city in the kingdom would have a monument worthy of its size.

The main prayer hall in the Mosque (image below) has a retractable roof so that it can be converted into a courtyard. 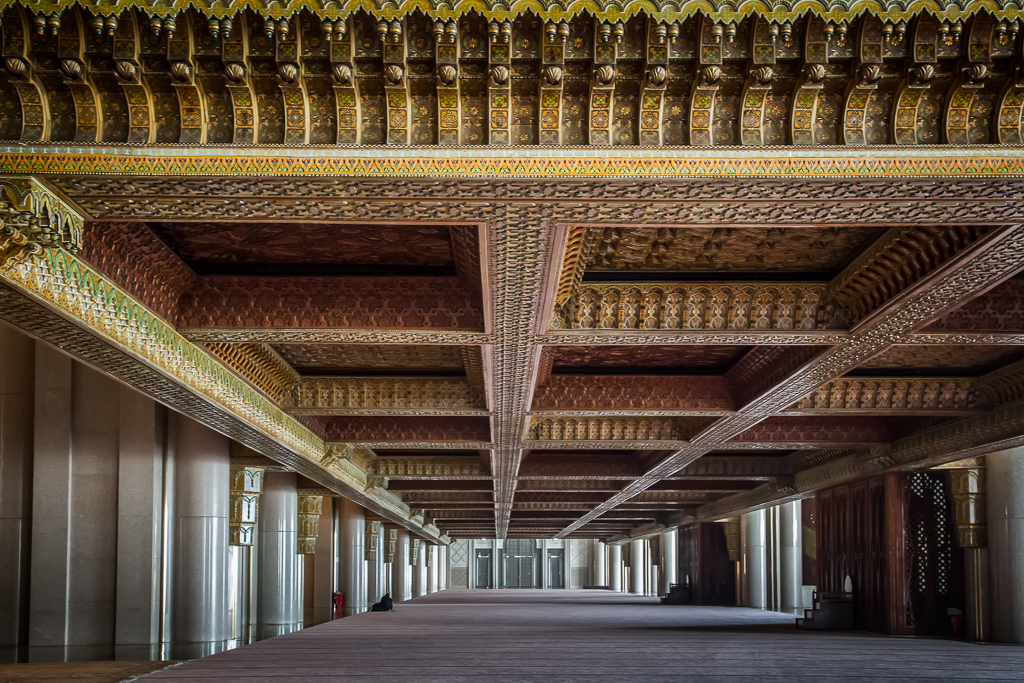 The beauty of the carved stucco, mosaic tile work and marble details is breathtaking. 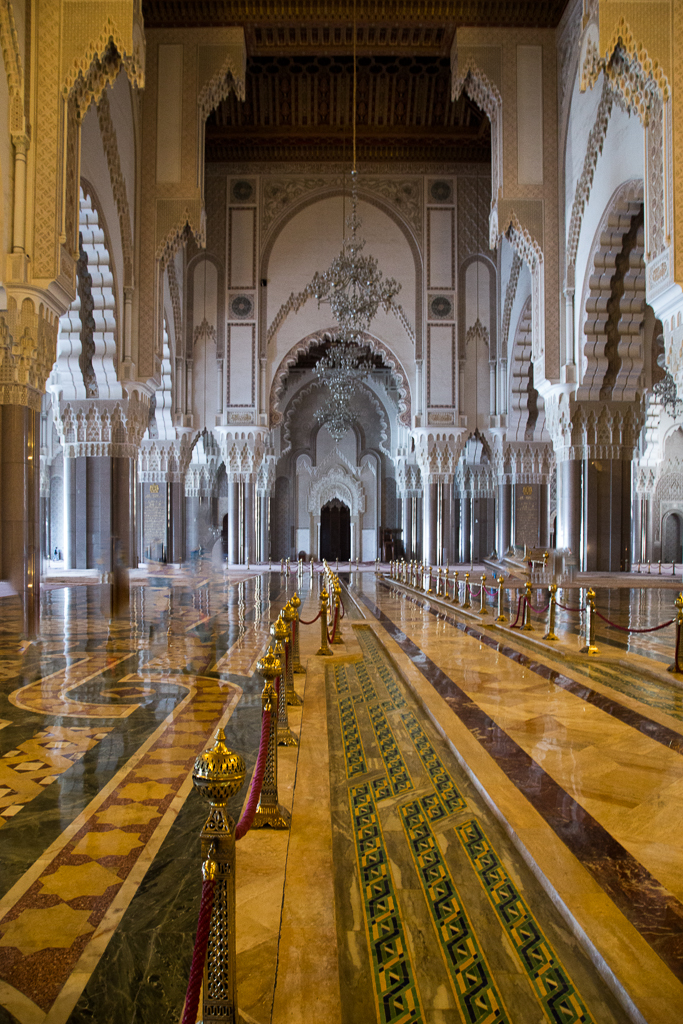 (To see the most detail in the images, click on them to enlarge them!)