A Berber Nomad Cemetery in the Sahara Desert 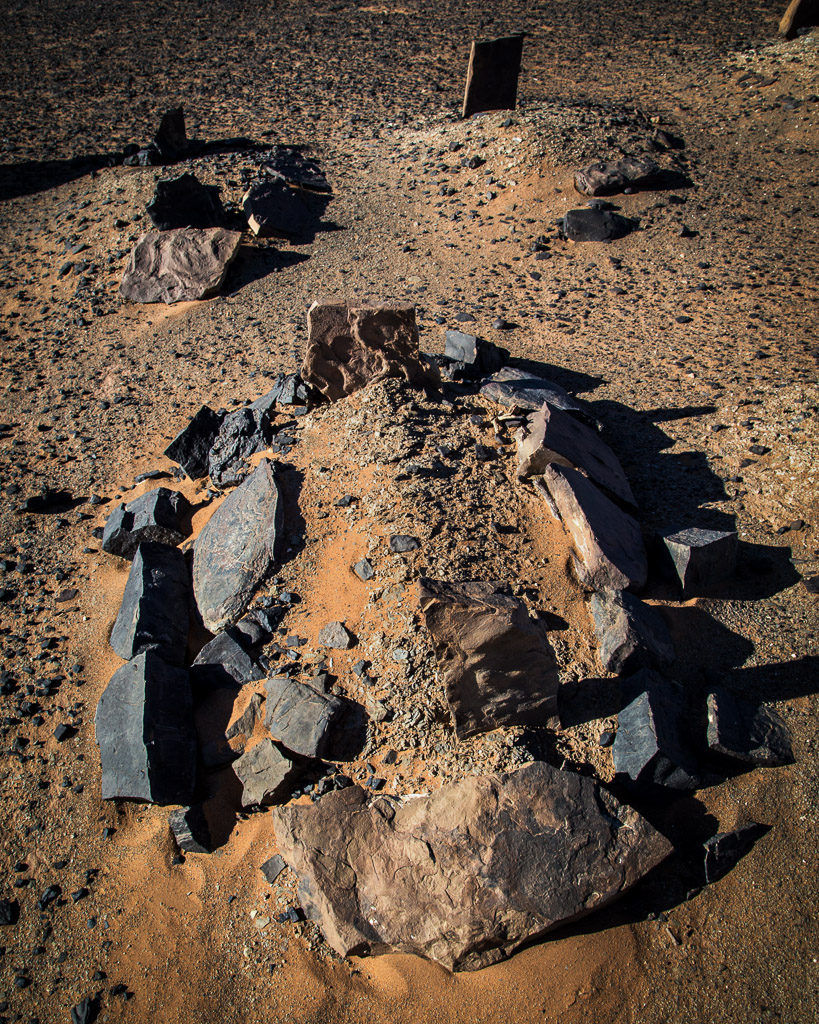 This is the grave of a small Berber Nomad child.

After leaving our tent camp, but still in the Sahara Desert, we came across this Berber Cemetery. The Berbers are an ethnic group indigenous to North Africa, and today, most live primarily across Morocco and Algeria. About 90 percent of the Berber-speaking population speak one of six major varieties of Berber. (ref Wikipedia)

Some Berbers are sedentary farmers. Others tend to flocks of sheep in the mountain meadows in the summer, then move in the winter and are referred to as “semi-nomads.” Others are year-round nomads, and many are traders as seen in Rabat and Casablanca. Cemeteries, like the one in these images will, eventually, be covered over completely by the shifting sands in the Sahara Desert and there may be no evidence of them existing beneath the sand.

This second image is of small child’s grave. Sadly, there were quite a few small graves in this cemetery, some the size of newborn infants. It was very upsetting.

3 Comments on “Berber Nomad Cemetery in the Sahara Desert”