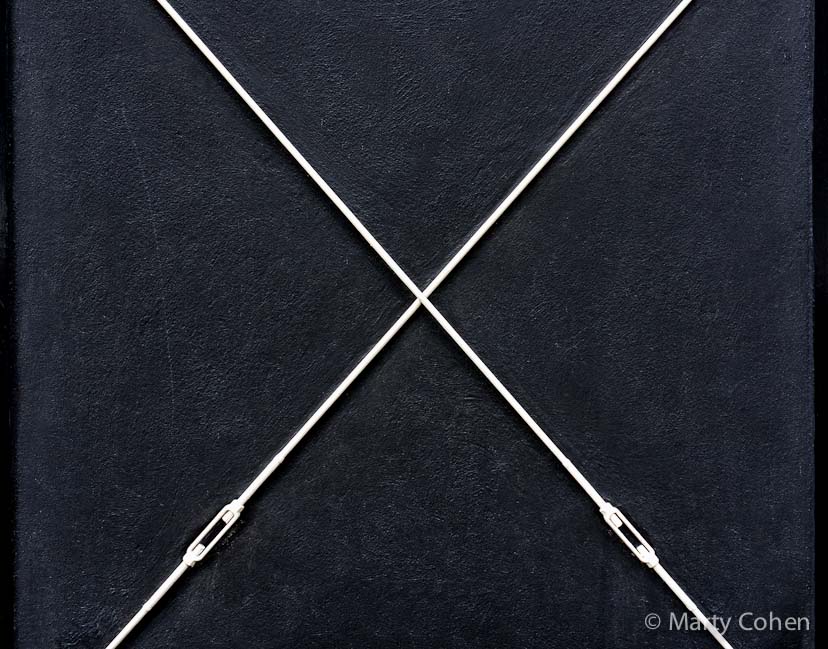 The Eames House was the home of Charles and Ray Eames. They were most well known for their work in architecture and modern furniture design and then in the production of short films (Powers of Ten). The Eames Foundation website described their design this way:  Charles and Ray proposed that the home they designed would be for a married couple working in design and graphic arts, whose children were no longer living at home. They wanted a home that would make no demands for itself, and would serve as a background for, as Charles would say, “life in work” and with nature as a “shock absorber.” 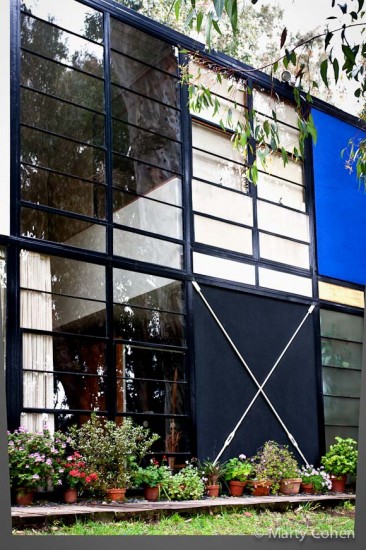 The photograph above is of one section of the exterior wall facing the meadow. (Click on photo to enlarge. Click on the comment number bubble to leave a comment.) Photo taken with a Canon EOS 40D, EF17-40 mm f/4L IS lens, 0.3 sec at f/16, ISO 125 on SanDisk Extreme IV Digital Film.

This section of the wall can be seen, in place, in the photograph to the right. The windows reflect the meadow outside with it’s giant Eucalyptus trees.

One Comment on “Tuesday’s Daily Photo The Eames House”